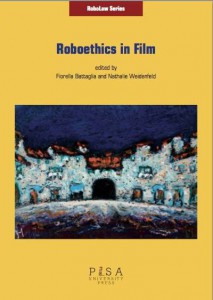 On Pixar’s WALL-E, Michael Snow’s La région centrale, Chris Cunningham’s All Is Full Of Love and Dziga Vertov’s Man With A Movie Camera.

“Considering a subjectivity which embodies a multitude of points of view seems to be a crucial aspect when discussing the cultural impact of robotic technology. We do not necessarily think about robots in terms of subjectivity. But it might be of some epistemic value to ask under what premises we would be able to do so. And it appears that robotic subjectivity cannot be described adequately by approaches that conceive of it as the embodiment of one point of view. Unlike Snow’s robotic arm and WALL-E, robots are not solitary machines – at least not any more, and they will be even less in the future. They form part of complex networks which are so dispersed that we can impossibly attribute a single point of view to them. Instead these networks generate a multitude of points of view. And if there is robot-subjectivity, it is the embodiment of such a multitude – just like Vertov’s camera-eye. The subjectivity of the robot is the subjectivity of cinema.” (p. 76-77)